How to Recover Seagate Central Data 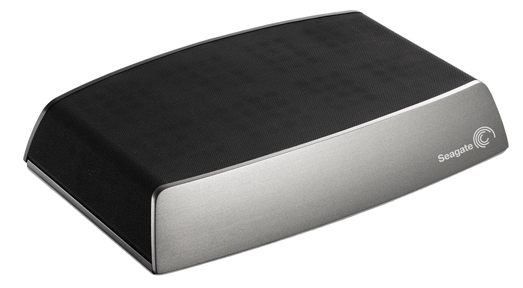 Few weeks ago I purchased Seagate Central 4TB. My first intention was to store my movie collection so I can watch it wirelessly on my iOS devices and AppleTV. Since my movie collection only consume around 800GB of space, it still has a lot of room to store anything. So I decided to move all of my data from my conventional hard disk to Seagate Central.

It worked perfectly, until several days ago I can not locate this device on my Mac. I just realize that the led indicator kept blinking all the time. On my router, the led indicator for the device is turned off. So it means, the device was not connected to my local network.


My mistake was I moved almost of my data to this device. So the original data was removed from my previous storage. I have tried to recover the data using data recovery tools, but after taking several hours just to scan one partition and the result was nothing, I realize that recovering the data will be very difficult near to impossible.

I store my data on NTFS partition. And so far my data recovery tool was never failed when I mistakenly delete some content and want to recover it. I suspect the issue come from my Mac. NTFS partition is not supported natively by Mac OS X. It need third party driver to make it able to write and make some changes on the partition. I use Paragon NTFS, and perhaps this software use different approach when deleting some content compared with Windows which support NTFS partition natively.

OK, that’s another things. So right now, my problem is how I can get my data back? As you know, the device only has ethernet port as an interface to external system. So, I thought the only option to recover is how to read the hard disk directly by mounting it elsewhere. Actually, I could return the unit and got the replacement. But the problem is, I was not sure I would get by data back. I prefer to lose the warranty than loosing my data. So I decided to diassemble the unit, take the hard disk out, and trying to recover the data on my own way. To diassemble the unit, you can follow the instruction found on You Tube. (Warning, your warranty will be void if you diassemble the unit).

After some research on internet, I found a way to recover my data. As of this writing, I’m still copying my data back to my old hard disk.

Here it is. You will need:
Update:
Based on several comments on this article, you can also use Paragon ExtFS for Windows which can be downloaded free here. This tools can read Linux partition including LVM. For those who are not familiar with Linux platform can use this tool.

So the plan is we will use Ubuntu Linux to recover the data. For your information, the Seagate Central hard disk is partitioned using ext filesystem which is supported natively by Linux. Why Ubuntu? Actually you can use any Linux distro, but in my opinion Ubuntu is easier and more friendly. Moreover, you can just boot Ubuntu using your USB flash disk without installing it on the hard drive.

Note:
You will need root access to copy the data on your Seagate Central private folder. Therefore, you can not use your default Nautilus to discover content on the private folder. In my case, I perform copying content using terminal (using root), instead of using Nautilus.